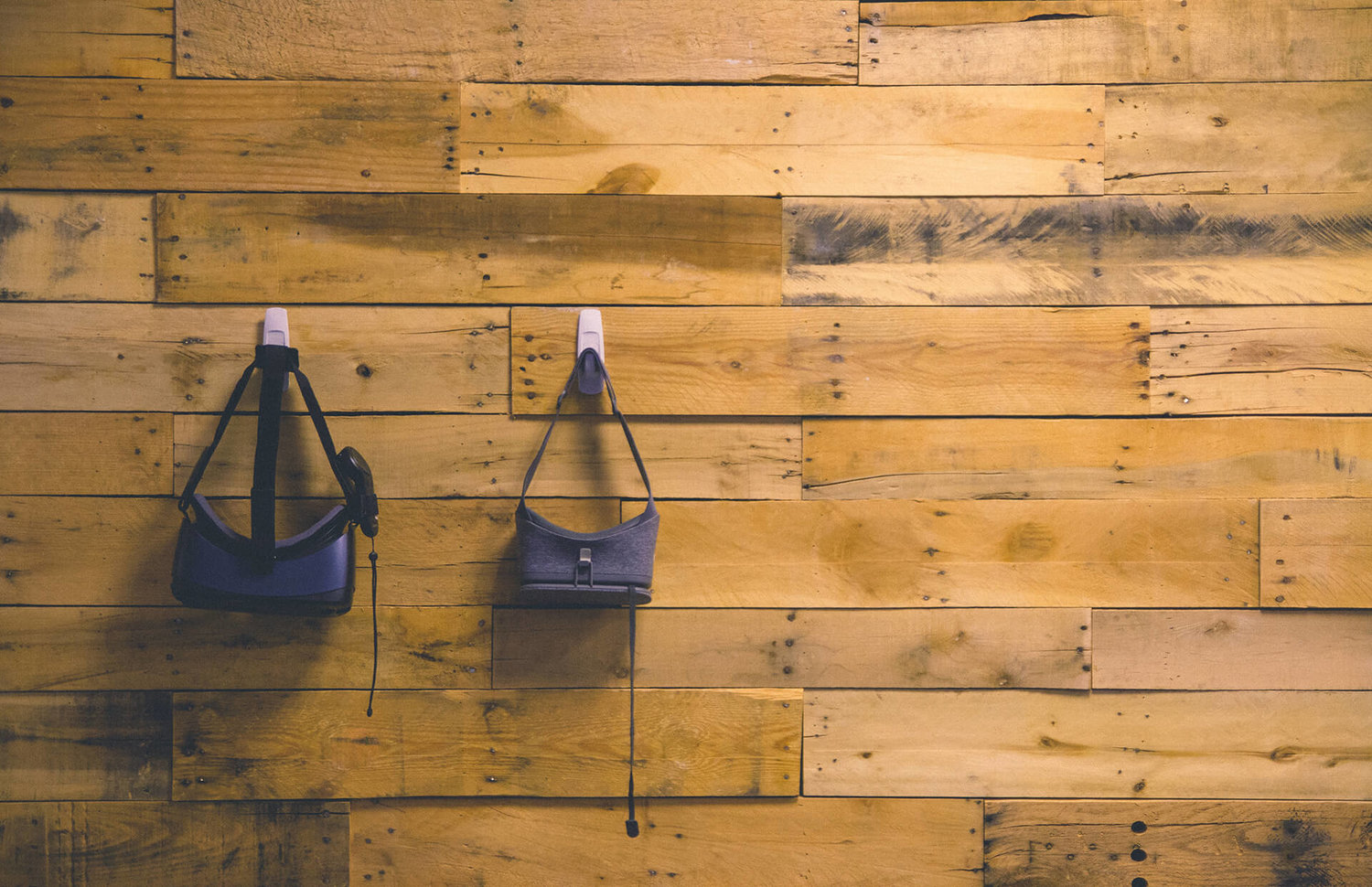 Day 1 - What is Augmented Reality?

For example, many would consider the HUD on fighter jets as far back as the 90's as a step in the AR direction. While the pilot could still see the area in front of them, they would also see necessary information on direction, speed, altitude, etc of the plane displayed right on the glass of their cockpit.

The past decade alone though has seen a much-needed push into the AR realm for more commercial and civilian uses, starting with MIT's SixthSense (2009), Google's Glass (2013), and even Disney through the use of a coloring book (2015).

But as many of us probably know, the project that seemed to really bring AR into the spotlight was none other than Pokémon Go. In it, you could run around town holding your phone out in front of you trying to catch monsters that would appear around you. When provoked, your phone would be shown the monster as if they were right in front of you (albeit through your phone's camera). The game took the world by storm, and then seemed to die out as fast as it came.

But when it comes to the future of AR, I find the possible applications to be the exciting part. Think about it:

The thin line to balance though will continue to be privacy concerns. Since you're essentially wearing (possibly) dozens of cameras on your face, people might have an issue with being under that kind of surveillance. Those issues don't seem to be stopping AR's momentum though.

Quick definition: augmented reality is the result of adding digital information to our existing reality, in the form of images, sounds, videos, text, etc.

Day 2 - What is Virtual Reality?

So what does VR actually look like and what is the concept behind it? Well, as we all learned as kids, we have 5 senses: taste, touch, sight, smell, and hearing. But what if I told you there was more? Like the sense of balance, temperature, or proprioception.

All of these senses work in unison to make sure that us humans are able to analyze and interact with our reality. But if you can trick these senses, or at least show them a different reality, then we might be able to perceive something that is fake as real. Introducing VR.

So with the conceptual term out of the way, let's look at it technically.

VR is just a 3D computer generated environment that can be experienced by someone. A common word thrown around here is immersion since the success of VR hinges on making the person feel like they are in that world, with as little disconnect between their senses as possible.

So how are we able to even achieve this?

While the idea of creating virtual worlds isn't something new, we've had to figure out ways to interact with those worlds in a more human-like way (besides using a controller or mouse and keyboard). To do so, we've created various headsets, controllers, gloves, and even treadmills to give us a more immersive way to interact with these digital realities.

But besides making the interaction itself more user intuitive, we have to make sure that the reality we live in and the reality we're entering aren't at too large a disconnect. For example, the way we view our reality with our eyes is very different than the way a computer is able to display a reality to us. When these two realities can’t sync up and the technology doesn't account for human physiology, you get an unpleasant VR experience (i.e., motion sickness).

But when when all the stars are aligned, we get what is called the sense of presence and the user feels like they are present in the virtual environment.

As of now, you should probably be curious about more specific use cases of VR, since it's mostly been vague and general explanations so far. Think about it this way - VR can be used for any experience that could be deemed too dangerous, expensive, or impractical to do in real life. This could range from flight school to combat training to assessing a broken down building. As VR continues to rise (and fall) in popularity, more disciplines are figuring out how to make it work. If it can be done in real life, then it can also be done in virtual life, and maybe even done better.

While VR can look and feel very different depending on the hardware, software, and user, it does have some foundational concepts shared throughout:

When it comes to Mixed Reality, the lines get a little blurry. To boil it down, mixed reality is what it is - a combination of natural, augmented, and virtual realities into a harmonic reality.

In terms of more specific definitions though, it seems mixed reality can be explained under two different umbrellas.

Generally, in this instance, mixed reality uses a base virtual environment that then overlays and is augmented with real-world entities. The main idea is that both physical and digital objects are co-existing and interacting with each other.

A concept introduced by Paul Milgram, the virtuality continuum covers all ranges of reality, from the natural reality we all live in, to a complete virtual reality that we can be immersed in. In between those two extremes though are augmented reality and augmented virtuality.

As we've already gone over AR and it is a more mainstream term, I'll quickly just define augmented virtuality (AV), which can be seen as the inverse of AR.

Because short and sweet is how I operate: